Papa Murphy’s is a high-growth franchiser and operator of the largest take ‘n’ bake pizza chain in the United States. The company was founded in 1981 and currently operates over 1,500 franchised and corporate-owned fresh pizza stores in 38 states, Canada and the United Arab Emirates. Papa Murphy’s core purpose is to bring all families together through food by creating fun, convenient and fulfilling family dinners. 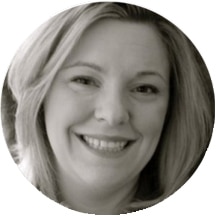 “We have franchisees, as well as tech, construction, equipment and real estate partners supporting us throughout the nation. We wanted a single version of the truth. One place to go. TaskRay helped us achieve this goal.”

How are you using TaskRay?

We built a custom tool called Pathway. It’s a comprehensive store opening and support tool built on the Salesforce Community Cloud with TaskRay integrated and customized on top.

What were you using before TaskRay?

Before Pathway, we had deliverables and tools all over the place — Word docs, Excel docs, email were our primary information conduits, which wasn’t always effective. It was very frustrating and time-consuming for our Franchisees. Our lack of an integrated system was hindering our store opening process. We had multiple online forms, including 17 checklists used by various stakeholders.

Why did you choose TaskRay?

We are constantly looking at processes to support growth and our franchise owner’s experience. Our multiple stakeholders need access to real time information in a secure way. We felt the Salesforce platform with TaskRay as our project management tool would most efficiently accommodate and document our evolving process.

Since TaskRay is Salesforce native, anyone in our organization can access it on any device from wherever they are. Communities also enables us to customize so Franchisees only see what they need to — helping to keep people focused on what they need do to get to their goal. Plan view also allows for fluid update of deadlines with dependencies switching automatically on the back-end.

“The massive reduction of email was a cause for a lot of celebration. TaskRay was critical to our success with (our custom store opening and support tool) Pathway.”

How has TaskRay improved your business?

We reduced task coordination time and effort by moving from 15-20 spreadsheets to a single template. Real-time collaboration between stakeholders — franchise owners, field teams and partners — has led to learning that will help other Franchisees in the future. People also are loving 360-degree transparency into the entire process, including task allocation and progress.

When reviewing adoption and utilization as KPI’s pre- and post-opening, we found that TaskRay’s visualizations (now making up Pathway) helps with user adoption, because people can use multiple views to access information the way that makes the most sense to them.

We have a multiple franchise owner in the Portland, Oregon area who was opening a new store. He started his morning with a cup of coffee and his iPad in his car, checking on what he needed to get done for the day. The fact that he could get his list knocked out with TaskRay and Pathway from his car on his tablet is pretty cool!

Ask us how TaskRay can work for your use case.

schedule a 15-minute intro call
Back to Case Studies

Stay in the know.